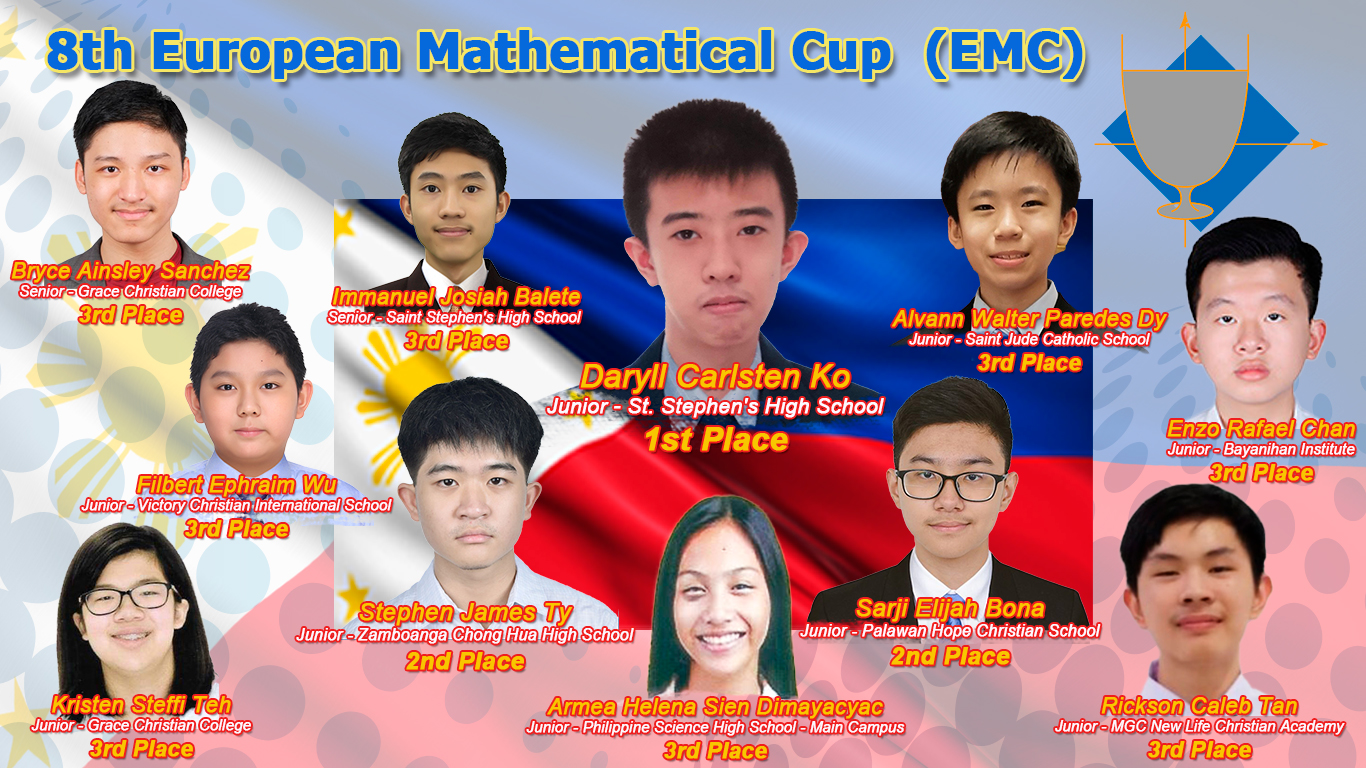 Philippines, the only Southeast Asian country-participant hauled in a total of eleven award certificates courtesy of the smart and savvy math wizards who achieved excellent and incredible results in the 8th European Mathematical Cup.

The result which was withheld for quite sometimes due to the global pandemic highlighted the brilliant performance of the Filipino mathletes who won one 1st place, two 2nd place and eight 3rd place awards in the junior and senior divisions.